Board of the College 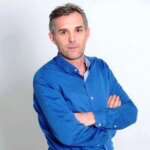 Besim Ajeti has a Master’s degree from the Faculty of Arts, Acting Department, Hasan Prishtina University, Prishtina 2010-2017.
Founded:
• 1997 – Alternative Theater of Prishtina;
• 2002 – Kosovo Film Festival “Goddess on the Throne”, (www.festfilkosova.com);
• 2005 – “Pjetër Budi” College, currently Director of the Board (www.pjeterbudi-edu.com);
• 2020, June, one of the founders of the Virtual Theater Kososvo-Webiater;
Has performed more than 30 roles as an actor in theatrical performances, feature films, television series;
Producer and director of several TV shows, choreography, theatrical performances, documentaries, etc.
Highly Appreciated as an actor by critics at various festivals. Last and very important is the award for best actor at the London International Film Festival 2020 for the lead role in the film Un’Ati- I’Father directed by Mark Norfolk (https://www.filmfestinternational.com/best-lead -actor-in-a-foreign-language-film-antwerp-iff-2020 /)
Besim Ajeti is a model of a good husband and an excellent father of three children,, Anëzotika, Uliks dhe Katerina. 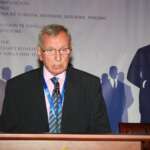 Nuhi Rexhepi
Dean of the “Pjetër Budi” College 01 October 2012 – July 2015
Honorary member of the board “Pjetër Budi” College since August 201.
Member of the University of Prishtina Senate, in two mandates 1994-1997, 1997-2000
Chief of the Department of Literature: 1998-2000
Vice dean of the Faculty of Philology in two mandates: 2001-2004
Dean of the Faculty of Philology: 2004-2009
Member of the University of Prishtina Board: 2001-2003
Member of the RTK Board as a representative of the Pristina University 2001-2009
Participation in scientific conferences in and out of the country: Prishtinë, Tiranë, Shkup, Tetovë, Budapest
Professional articles about Language and Literature in professional newspapers,
Scientific articles of interpretation of problems of Literature in Scientific magazines “ International Seminar of Language, Literature and Albanian Culture and Philology”
Monograph “Albanian Literature in the school text books 1945-1990”, Prishtinë, 2002
Mentor of Master’s Candidates, PhD candidates and more than 50 Graduates. 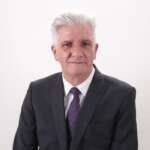 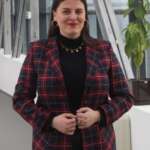